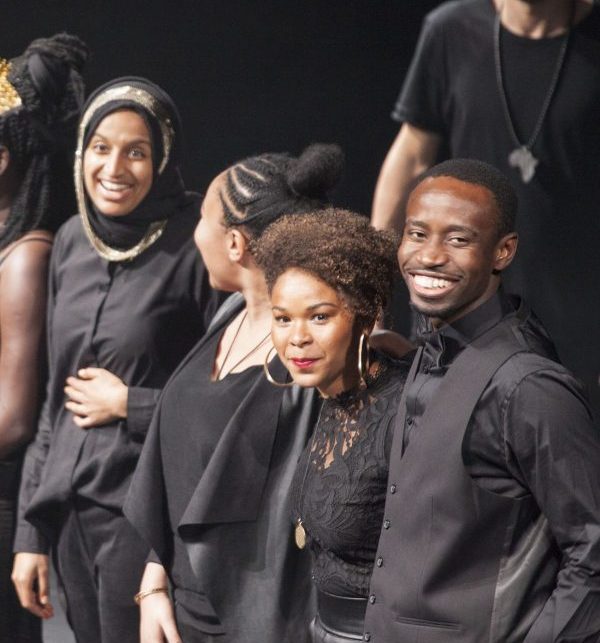 AMKA, is an artistic approach to the writing of a significant chapter of the experience of the African diaspora in Australia through multiple art-forms. It is an engagement of decolonial aesthetics, decoloniality and interculturality through creative projects that “promotes the recreation of identities that were either denied or acknowledged first but in the end were silenced by the discourse of modernity, post-modernity and now altermodernity…[it is] the celebration by border dwellers of being together in and beyond the border” (Mignolo, n.d.). AMKA was Produced by cohealth Arts Generator, a participatory arts “space” that mobilises arts-based programs and opportunities to increase agency and improve wellbeing for young people from diverse social and cultural backgrounds and created by a collective of multi-disciplinary artists with African heritage. The production explored identity, dispossession and cultural conflict within the African Australian experience, and was performed publicly over two nights at the Arts Centre, a renowned and prestigious arts institution in the CBD. The performance combined poetry, music, dance, theatre and projection through a series of individual and ensemble pieces that interpret stories of the African diaspora in Naarm/Birraranga (Melbourne).

The creative team shaped the project through a democratic process grounded in a decolonising approach to self and governance. The principles and values at the core of this process were self-determination, self-representation, and asserting self as knowers and creators. To create an authentic representation of themselves the artists needed to have autonomy of their stories with how they wanted to tell their stories and in what way. To do this they had to consciously locate themselves, their relationship with the coloniality and whiteness in Australia and re-centre the plurality of African narratives. It also included de-centering aspects of whiteness, Eurocentric ideas and processes, and having them at hand as peripheral tools, resources and support.

AMKA means “wake up; get up” in Swahili. The use of the term “amka” (pronounced um-kuh) in most contexts in Swahili culture has an emphasis of urgency and frankness when articulated. This was something that the collective felt was important in capturing all of the themes within the project processes and creative outcomes. To create an authentic representation of themselves the artists needed to have complete autonomy of their stories in how they wanted to tell their stories and in what way. To do this they had to consciously locate themselves, their relationship with the coloniality of Australian society and re-centre the African narrative (Sonn, et al. 2018).

Christopher had initially been engaged by arts generator staff to contribute to critical discussions about race and whiteness, and moved through various roles as mentor, critical friend, evaluator researcher, and co-researcher (Sonn, 2018). This informed the basis of a collaborative and participatory research project, which also encompassed an Honours and Masters thesis, to document the AMKA project and inform evaluation. As part of this research a 16-item survey was created to capture audience member’s experiences of the performance.

The Community Identity and Displacement Network brings together academic staff from a variety of discipline bases with teaching and research expertise. We provide an education and research training
that reflects the demographic realities of the western region of Melbourne, and place these in a national and global framework.